The ingredients of Chinese

Chinese cuisine is a cuisine with tradition, but not without creativity. Each dish is original as depending on the person preparing it, it can be given individual flavour by using different proportions of herbs and spices. The actual ingredients are however common in the Chinese cuisine.

Chinese cuisine tastes best in China. However, those who do not currently plan to go there are left with the option of going to a Chinese restaurant or adding Chinese flavours in their own cooking. Particularly since the basic ingredients of Chinese dishes can be easily acquired in oriental stores or shops with healthy food.

Chinese cuisine is a cuisine with tradition, but not without creativity.

Have you eaten rice today?

Rice has a special place in Chinese cuisine and culture. Cooked rice is a synonym of a meal. In Chinese there are many proverbs connected with it, while one of Chinese greetings goes: ”Have you eaten rice today?”. One does not refuse eating rice in China. This is considered a faux pas. China is the producer of most rice in the world. Unsurprisingly, in most regions rice is the foundation of the cuisine. The Chinese mostly consume long-grain and jasmine rice. In Chinese cuisine, rice is used not only in its pure form, but also as rice flour, dish filling, rice noodles or porridge. Rice wine plays an important role in Chinese cuisine. This popular, low-alcohol aromatic beverage is used for flavouring of many dishes.

If not rice then noodles

Although rice bears the palm in Chinese cuisine, but noodles also are popular and are the basis of many dishes. In some regions noodles are even more often used than rice, e.g. in Shanghai cuisine (cuisine of eastern China). Chinese noodles is different from the pasta we know in Europe. The most popular types are rice noodles, mie noodles and soy noodles. Rice noodles are made from rice flour with addition of wheat flower and water. It is almost transparent. It should cooked for very short periods, it can be also fired. Mie noodles are made from wheat flour. It comprises of long, thin threads and sometimes looks like endless spaghetti. Therefore, before serving it should be broken and soaked in water. It is used in soups or it can be fried in oil. Soy noodles resembles a plastic rope. It is sold in coils and similarly to mie noodles, it should be broken or cut before cooking.

Soya and tofu are also closely connected to Chinese cuisine. The former is the most abundant leguminous plant in China. Soya is valued by vegetarians for its high protein, vitamin and mineral content. In Chinese cuisine it is used in the form of sprouts, beans, sauce, milk, noodles, paste and, finally, tofu. Resembling cottage cheese and produced from soya tofu is utilised fresh, fermented and smoked. Its flavour is similar to cheese but tofu is milder also in its aroma.

In Chinese cuisine, mushrooms added to dishes play a big part. Often as a visual contrast to light-coloured and colourful dishes, particularly vegetarian ones. Shiitake mushrooms are referred to as the ”elixir of life” or ”longevity mushrooms” by the Chinese. They are popular also in Japanese cuisine, not only for their specific flavour, but also for their medicinal properties recognised by traditional natural medicine. Mu-err mushrooms, also called Chinese black mushrooms are crispy and have a mild flavour. In contrast to forest mushrooms (these mushrooms grow on decaying logs), they can be reheated several times.

The Chinese cuisine is so rich in flavours and it becomes hard to list all its typical ingredients.

Aroma is important in Chinese cuisine. Hence the popularity of aromatic star anise with its sweet liquorice-like flavour. It is used mainly in mean dishes, especially pork and veal. Star anise is one of the ingredients of the Chinese five-spice powder. In contrast, ginger in Chinese cuisine is rarely used in the powder form, so popular in Europe. Usually, fresh ginger root is used in dishes. Fried and blended with onion and garlic, it is basis of many Chinese dishes.

The power of sauces

The mystery of the flavour of the Chinese cuisine lies in its sauces. The most popular in Chinese cuisine is soy sauce. It is a condiment made from a fermented paste of boiled soybeans, roasted grain or barley with sugar, brine and yeast. Most classical of soy sauces are thick and salty. Although it comes in few varieties as regards to the flavour and texture. The most popular and available in Europe are: dark soy sauce used for roasted and stewed dishes, and light soy sauce with a more delicate flavour. Light soy sauce is used with dishes fried for a short time. The variety of Chinese cuisine flavours is also provided by other, less known sauces: oyster, fish, sweet and sour sauce, or holsin sauce made from soya and plums.

One does not refuse eating rice in China.

The Chinese cuisine would not exist without spices. It often combines the most surprising mixtures of spices based on the five flavours: sour, bitter, salty, sweet and spicy. Commonly used spices in the Chinese cuisine are: garlic, cinnamon, Sichuan pepper, chilli peppers, dill and onion. Five-spice powder is also popular. While there are many variants of it, the traditional mix – Wu xiang fen – consists of star anise, anise, fennel, cinnamon and cloves. The Chinese draw from other cuisines as well. The curry mix, specific to Indian cuisine, may be successfully used when preparing Chinese dishes. The powder consists of ground pepper, black pepper, Cayenne pepper, coriander, cardamom, allspice, cloves and ginger. Similarly, the spicy paste – sambal oelek – from Indonesia is found in Chinese cuisine. The paste is typically made from a variety of chilli peppers, garlic, onion, ginger, salt and oil, as well as lime juice, caraway or rice vinegar.

The Chinese cuisine is so rich in flavours and it becomes hard to list all its typical ingredients. Some dishes need to be complimented with mung bean sprouts, soya sprouts or bamboo shoots. The Chinese also consume significant amounts of spring onion, Napa cabbage – pe-tsai , Chinese cabbage – pak choi, seaweeds or sesame oil. Although fruits are not the most popular ingredient of Chinese dishes yet two of them: lychees, called the Chinese plums, and rambutan, are commonly used to prepare Chinese desserts. It is apparent only a few ingredients from the Chinese cuisine are enough to prepare an original dish. Vegetarians need only rice or noodles, vegetables and spices. Others can add beef, pork, duck, fish or seafood.

Each dish is original as depending on the person preparing it, it can be given individual flavour by using different proportions of herbs and spices

Make it the night before for a great party recipe! 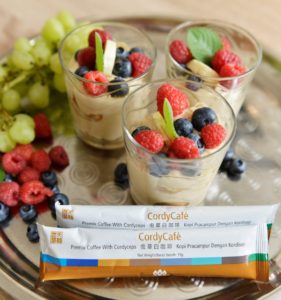 INSTRUCTIONS
Mix heavy creme fraise with mascarpone, sugar and Cordy coffee.
Pour the cookies into the Kordy coffee and then make layers of the cookies and the mixture into a glass. Decorate with fruit. Let still in the fridge for a while and then itis ready to eat. 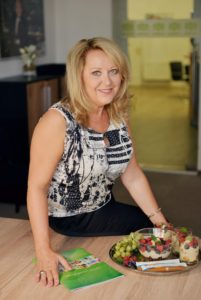 Thanks so much to our colleague Marcela Pavlíková Business Training coordinator Tiens CZ, that she shared this recipe with us. 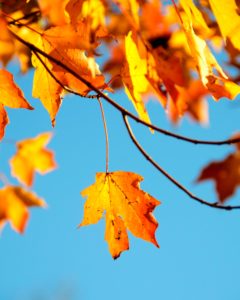 Necessary Always Enabled
Necessary cookies are absolutely essential for the website to function properly. This category only includes cookies that ensures basic functionalities and security features of the website. These cookies do not store any personal information.
Non-necessary
Any cookies that may not be particularly necessary for the website to function and is used specifically to collect user personal data via analytics, ads, other embedded contents are termed as non-necessary cookies. It is mandatory to procure user consent prior to running these cookies on your website.
SAVE & ACCEPT
Social media & sharing icons powered by UltimatelySocial